It’s surprising how often I’ve been asked how one becomes a comic strip story-writer. My first reaction is usually to try to figure out if the person asking me is a, just being polite, b, gobsmacked that anyone should ever dream of entering such a bizarre profession, or c, actually interested. Anyone in the last category, read on…

There really are people who want to write for comics. I first realised this when I attended the Lucca Comics and Animation Festival (now comics and games), as a fledgling Disney comics writer back in the early 1980s. We creators were outnumbered 100-1 by all the fans and comic nerds, most of whom wanted nothing more than to be in your place. No matter that you were involved in kids’ comics, these were genuine aficionados and they were very clued-up on everything we had churned out. Writers and artists were met with a mixture of envy and awe, scripts and drawings thrust into your hand at every opportunity, as if your being a tiny cog in a great machine automatically gave you the powers of a commissioning editor.

Anyone wanting to make money should stay well clear of creating comics, unless they are ready-made geniuses. In fact delete that; I know a few creators I’d class as comics geniuses, and they still don’t make big money. I’d hazard a guess that if your brain is hard-wired to creating comics it’s probably completely lacking in the personality defects that turn people into high powered CEOs or hedge fund managers. No one goes into the creative side of comics creation to make big bucks. You can do okay – I made a decent living writing comics for forty years – but the suits invariably hold all the cards, and know how to keep you just hungry enough to keep you hard at it without your telling them to shove their one-sided ‘buy-out contracts’ where the sun doesn’t shine. In the end, we comics people do what we do because we love doing it – and we’re probably ill-suited for doing anything else.

At festivals, the fans pester you with their work. No matter that it’s your jobs they’re after, and you have precious little power to help them even if you could. So what would give them a better chance of getting started?

First and foremost, one has to have a little bit of story-making flair to work with. Without it all the learned technique in the world will be of little use. The good news is that many of us don’t know we have it until we try. Raw talent can be refined; no talent means one’s talents lie elsewhere.

Get good at it. The easy part of it is reading loads of comics; no one wanting to go into the business would not be an avid comics reader to begin with. But it’s also important to read comics critically. See what the story is about, does it follow logic, are the characters in character, does it flow or is it ponderous, does it make sense, what is it about it that makes one want to keep reading, what’s the hook. Many comics are wonderfully cinematic, and others can resemble the best in TV situation comedy – when the writing and illustration are working well enough. I attended a couple of seminars on comics creation in the distant past, but felt that if you measured the benefits against all the woffle they were not a profitable use of time. The best grounding I ever had was film editing classes at film school. There I learnt about economy of visual storytelling, about economy of verbal narrative, when to pause and when to expand, about points of view, angles, continuity, all about pacing. There are numerous videos on editing in YouTube, and I have no doubt many would be useful.

Write, and keep writing. Some people use matchstick people storyboards to help them, others just visualise a finished comic in their heads. I do the latter, but the important thing is to keep the stories coming until they’re whole and satisfying. Get critiques. Other people see flaws one may be oblivious to. And if they’re too fulsome in their praise, take it with a pinch of salt. If anyone is really brilliant from the word go I hate them; it takes time and effort.

There are two ways to go for the proficient comics creator. The first is to create one’s own comic from scratch – make a brand new concept/set of characters/periodical/web-comic/graphic novel. One’s own creation. It helps enormously if the writer and illustrator are the same person, but to even stand a chance the product must be first rate. Going down this route is a brave venture, because the investment in time and effort to produce something worth showing a prospective publisher or backer – or even just popping it online – is enormous. I doff my hat to those who succeed. I’ve been down this route a few times without success, but every graphic novel to reach the book-stands has surmounted these obstacles. 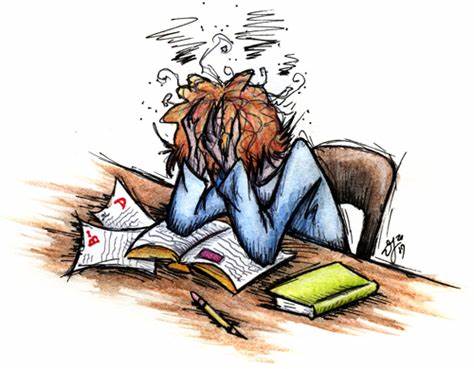 The other route is to work for an established publication or web-comic. This offers slightly fewer impediments, but is still not easy. Many of the hundreds of Disney comics fans I met would have loved to work for the magazine, and would get frustrated and sometimes resentful at meeting a what seemed to be a brick wall. There are ways of shortening the odds, whether it be for Disney or any other comics.

First of all, don’t go in half baked. It should go without saying, but I’m still saying it and for good reason. If one wants to write for say, DC Comics, get to know the comics in question through and through. Know everything about the characters, what they do in any situations, the universe they exist in, know all the rules. Immerse oneself in it. A commissioning editor will sniff out anything that doesn’t jive instantly, and won’t make any allowances. They will have scores of better options battering down their door.

(That I’m able to pontificate on this is down to the most outrageous good luck. When I “auditioned” for Disney comics in the late 1970s the Swedish editors who ran the rule over me forgave a poor, very undercooked first attempt at a Disney story because at the time they were recruiting established UK sit-com writers who didn’t know the Disney universe very well. They gave me a second try, for which I made sure I was much better prepared. That would not happen now.)

To approach a commissioning editor one must know one’s stuff inside out. Read the comics and find out everything possible about who is publishing or producing them. By all means swot up on the normal channels for submitting work to editors, but forging personal connections really gets you ahead of the game. Do go to the festivals and conventions. Schmooze people shamelessly (but don’t expect many favours from fellow writers. Go above their heads). Make contacts and nurture them. I know that a lot of us don’t find it all that easy, because many of us story writers are not only hopeless at business, but hopelessly introverted too. That’s why we read comics and sit at home writing. But making contacts is the way to go. One has to earmark the people with with the power to give you a chance, but don’t pass up chances to create contacts – even ones that don’t look initially promising. Unlikely contacts can lead you to unlikely places. It was through getting outrageously drunk with an American science fiction novelist that I was given an introduction to the Swedish Disney editors. Work on the skills, work on the contacts, and work on getting that stroke of luck. And it’ s best not to get outrageously drunk when one’s writing. It only seems a work of genius at the time.